Year-end update: Please note that any orders placed on our site will only be shipped after the 4th of January 2022. (More Info) 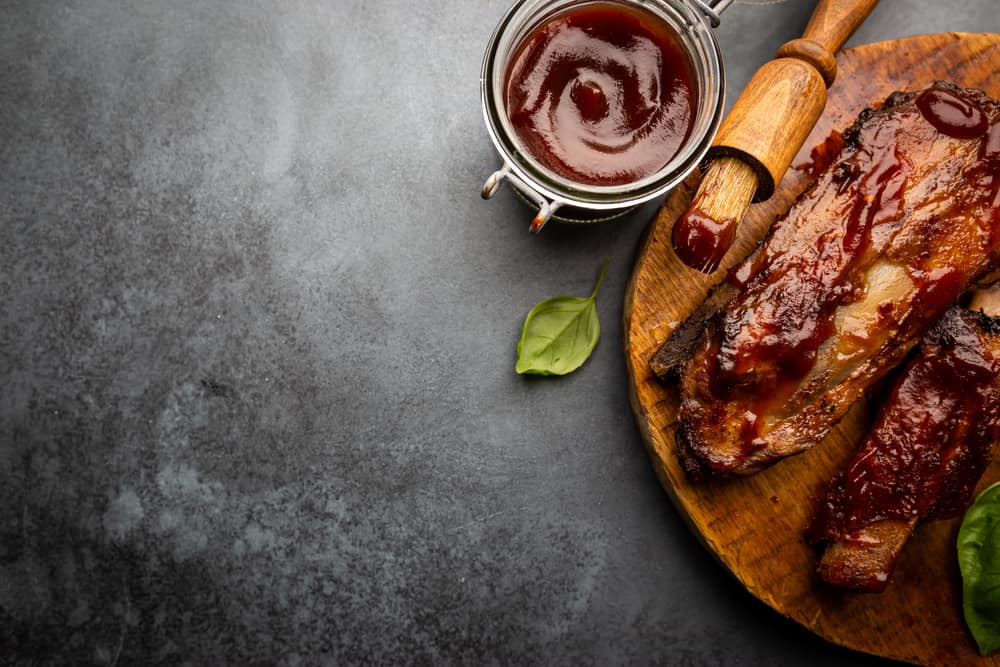 How to choose the best wholesale BBQ sauce

A spread of grilled veggies and a stack of meat is truly a sight to behold, but for many, there’s another ingredient that is just as important at any cookout—the BBQ sauce.

There are many BBQ sauces out there for every craving. From sweet and sour to smoky and spicy, the possibilities are endless. If you’re a true believer in the power of the sauce, then you would spend the same amount of effort picking the right sauce as selecting the meat.

To give you some useful tips on selecting the right wholesale BBQ sauce, we’ve divided them into five flavour categories.

Nothing is as good as the original, and you may find that this is also true of BBQ sauces. All original sauces are made up of the same building blocks: vinegar, tomato, garlic, mustard, molasses or some type of sugar and a form of pineapple or apple juice.

But, depending on the brand you select, some will be sweeter, and others may rely on more spicy flavours like paprika or chilli.

When selecting an original sauce, think of it as a blank canvas.

It adds flavour to the meat, but it’s neutral enough to not make too big of an impact and overpower the meat. While some may want a punchier flavour profile, never underestimate what an original flavoured sauce can bring to the table.

Everyone loves a little sugar now and then.

Sauces with names that hint at a bit of sweetness often have a generous amount of sugar in them. So, when you’re looking for a good, sweet wholesale BBQ sauce, look for one that has ‘sweet’ on the label. More often than not, it will have less spice and more of that sweet flavour you’re craving.

The best way to use a sweet sauce is to pair it with a savoury bun and a generously salted piece of meat. It also tastes great with heavily seasoned meat like blackened salmon or jerk wings.

For many, the spiciness only enhances the flavour of the meat.

While some prefer a sauce that brings the heat almost immediately, some prefer a level of spiciness that creeps up on you without being too pronounced.

Ingredients such as cayenne pepper, serrano chilli peppers, or even Sriracha can give you that extra bit of kick you’re looking for.

You can mix it up with some mayonnaise sauce or sour cream if you want to temper the heat.

If you’re a fan of smoky flavours, this is going to be a treat!

A smoky wholesale BBQ sauce is made with a smoke-forward flavour and has a good amount of molasses in it to really drive those sweet notes.

Most smoky sauces derive the smoky flavour by burning hickory at very high temperatures, collecting the smoke, and integrating it into the sauce.

While some might find the smoky flavour too overbearing, it improves immensely when the sauce is cooked or heated rather than directly smothering the meat.

There’s a whole world of sauces that can’t be perfectly fitted into the first four categories. Most of these sauces take inspiration from flavours around the world.

Take Teriyaki sauce, for example. It has a high concentration of sugar and may sometimes contain ingredients like ginger and soy sauce.

Hawaiian, on the other hand, is very sweet with a high concentration of acid—and if you’re a fan of Korean flavours, you may be familiar with sauces that include oriental ingredients like sesame oil, ginger, and green onions.

Select the best wholesale BBQ sauce for you!

Pairing the right sauce with the right meat is important. But, you may find that many of these sauces complement any type of meat.

The trick to selecting the best one is to choose something that you enjoy and—most importantly—something that will serenade your taste buds!

Raise the steaks and subscribe to the BBQ Gourmet newsletter today!

Subscribe to our newsletter and get some finger-licking insights on our award-winning
products, exclusive offers, and other exciting events delivered directly to your inbox!